Both natural methods restore energy flow throughout the body by correcting nerve interference, and both can quickly bring about “miraculous” results and relief. Homeopathy can actually reach nerve interferences where the hands of the chiropractor cannot.

Plus, both disciplines have faced fierce opposition by powerful forces.

The founding fathers who wrote and signed the Declaration of Independence and U.S. Constitution warned us that the greatest threat to liberty, including the right to choose your own healing path, would be government unbound from the chains of the Constitution.

The 20th and 21st century U.S. government bureaucratic oligarchy, as described by constitutional attorney Jonathan Emord in The Rise of Tyranny, works actively on behalf of the drug industry to limit your healthcare choices.

Homeopathy and chiropractic have both faced the giants of the oligarchy of FDA and the FTC (Federal Trade Commission), along with private trade associations including the AMA (American Medical Association), and Big Pharma (multi-national allopathic drug companies) before.

But who are these agents, how are they interconnected, and why would they want to eliminate natural, safe, healthcare choices?

Top positions within the FDA and FTC are filled by key people from Big Pharma. The “revolving door” between various companies and the governmental agencies that are supposed to regulate them results in regulators unwilling to bite the hand that feeds them.

The FDA has stated recently that it has a “New Agenda.” Part of that agenda appears to be a focused attempt to discredit and stop the use of homeopathic drugs. Why?

Homeopathic medicine was developed by a German medical doctor over 200 years ago.

Homeopathy spread quickly throughout the world, and on April 10, 1844, the first U.S. medical association was established: The American Institute of Homeopathy.[1]

Homeopaths were trained to be extremely scientific empiricists. They not only used scientific methods, but they also recorded exactly what worked and what didn’t work – it was not theoretical science. In 1906, homeopaths developed and implemented the first placebo-controlled, crossover, double-blind study!

The American Medical Association (AMA) was founded in 1847, three years after the homeopathic medical association. Philosophically speaking, AMA doctors embraced the new chemical drugs, such as aspirin, and they considered natural methods worthless at best and harmful quackery at worst. Any medical doctor (M.D.) who later studied homeopathy had his medical license revoked.

By the early 1900s, the AMA was still a weak organization with little money and little respect from the general public. Chiropractic had just been introduced into the mainstream, homeopathy was thriving, and herbalists were flourishing. Conventional, allopathic doctors were unable to profit from their medical practices.[2]

The AMA essentially became a trade organization backed by wealthy financiers and was structured around powerful industrial monopoly models by the likes of Rockefeller and Carenegie. Determined to eliminate competition by establishing “rules” for medical education, their 1910 “Flexner Report” ruled that “proper” medical schools must teach exclusive use of the new, patented petro-chemical drugs, not traditional herbalism or homeopathy or even naturopathy. Schools that followed the AMA rules would attain and maintain accreditation and substantial funding– the rest would eventually fail due to industry influence over government regulators and regulations, including monopoly license practices. Doctors who wanted to be in elite M.D. club had to obey the new rules. Their members were even warned that any doctor whose wife was seen speaking to the wife of a homeopath would lose his license!

By 1923, only two homeopathic hospitals remained.

Homeopathy in the U.S.

Throughout history, 11 U.S. presidents have endorsed homeopathy.[3] Today, you can still see a full-sized monument at Scott Circle in Washington, D.C., dedicated to Samuel Hahnemann, MD, the founder of homeopathy – the only physician memorialized in our nation’s capital.

Thanks to its advocates, including Senator Royal Copeland, the Homeopathic Pharmacopoeia of the United States (HPUS) was grandfathered as a legally recognized medical system and drug compendia with passage of the Food Drug and Cosmetic Act of 1938. Despite this and largely due to the Flexner Report of 1910, the allopathic drug and vaccines monopoly strengthened, and by 1950, all schools that taught homeopathy were closed.[4]

Even though homeopathy flourished around the world, in the U.S. awareness of it greatly diminished, except for a few homeopaths who kept it alive.

In 1988, the FDA’s Compliance Policy Guide (CPG) 400.400 was implemented as the legal document establishing how U.S. homeopathic drugs could be marketed. It has worked well to guide the industry and protect the public for 30 years.

However, in 2017, the FDA released a new document, the Draft Guidance on Homeopathy, proposing to eliminate those rules, reclassify homeopathic medicines as “new drug products,” and make their decisions on a case-by-case basis. This would create chaos in homeopathic manufacturing and marketing.

Imagine a tennis court with no drawn boundaries. The referee says, “Go ahead and play, and I’ll tell you if you hit a ball out of bounds.”

Eliminating the CPG 400.400 would mean that homeopathic companies would have no guidelines about legally marketing its safe medicines. Homeopathic groups petitioned[5] and protested with logical arguments[6] that to trash CPG 400.400 lacked any benefit to the people and doctors who use homeopathy. The FDA ignored their arguments, and the signs are ominous. In 2018, eight homeopathic companies either closed or dropped their U.S. products.

In the U.S., only “drugs” may be legally called “medicine” with claims to address health conditions and symptoms. Herbal and nutritional supplement companies may not legally make health claims or market their products as medicine.

Homeopathic remedies are the only natural medicines recognized as being drugs, although they are very different from allopathic monopoly medicines. For example, homeopathy has no negative side effects, no addiction risk, and no drug interactions.

With 220 years of safe and effective use worldwide, a stellar track record of relieving symptoms without causing any negative side effects, plus being legally permitted to call itself a drug or “medicine” capable of mitigating symptoms, homeopathy may be Big Pharma’s only real competition. Remember Rockefeller’s admonition to his wealthy industrialist cabal: “Competition is a sin.” As holistic health modalities rise in popularity, the drug industry’s response is to rely on their FDA capture to stifle any competing option, even at the expense of the American people.

Conventional, allopathic drugs are a $300,000,000,000 industry. And Big Pharma is acknowledged to be the third leading cause of death – from 106,000 to 225,000 people per year die from properly prescribed and administered allopathic drugs (Starfield- JAMA 2000). When you add all the deaths due to hospital and medical errors, conventional medicine is the leading cause of death in the U.S., exceeding even cancer and cardiovascular disease. The targets homeopathy (zero deaths per year) as dangerous while over ¾ of a million people die in the U.S. every single year from conventional medicine![7] This (FDA) regulatory bias against any substances or methods that would compete with pharmaceutical drugs is obscene.

Even when peer reviewed publications show evidence that natural substances can out-perform drugs already on the market, manufactures of such substances can make no references to the science when marketing their products. Homeopathic drugs do qualify for such trials and have performed as well as (without the negative side effects) or better than allopathic drugs.[8], [9], [10]  This may be why homeopathy is in the FDA’s crosshairs.

“Chiropractic in a bottle”

Recently, Dr. Frank King of King Bio (a doctor of naturopathy and chiropractic) faced unprecedented pressure from the FDA and conducted a total recall.

I know Dr. King’s 29-year-old company well and use their products regularly. They manufacture a line of homeopathic formulas for licensed practitioners based on Dr. King’s 40+ years of clinical experience. Just as the homeopaths of long ago, Dr. King learned in his multi-disciplinary, clinical approach since 1979. In practice, you learn what works and what doesn’t. Due to high efficacy, they are often referred to as “chiropractic in a bottle.” They helped his patients hold their adjustments between chiropractic appointments.

Because Dr. King has a strong, healthy, family-based company, I know they plan to overcome this challenging recall and become stronger than ever. There has never been ay harm from taking Dr. King’s remedies, ever. Incredibly, a conventional (FDA approved) allopathic diabetic drug was recently revealed to rot human genitals, but the FDA required no recall.

Claiming double standard would be an understatement. If regulatory agencies can get away with such life threatening bias, no one in the natural healthcare industry is safe. Beware, as these opposing forces will not stop with homeopathy if we do not stand firm in defense of health freedom. The FDA’s new agenda is a threat to us all.

Truth, in the end, will always triumph. The public is experiencing the shortcomings of the allopathic drug monopoly. Natural therapies are being sought out and the nearly lost knowledge is in revival.

Despite its small stature in America, homeopathy is now the second leading healthcare system used globally, second only to forms of herbal medicine. The most popular is traditional Chinese medicine, used by a very large population.

This is a call for the two disciplines of Chiropractic and Homeopathy to unite.

Chiropractors are doctors who hold essential keys to this new healthcare vision. Your methods are cost effective and ecological. You employ nontoxic approaches that allow the body’s innate healing power within to awaken and triumph over dis-ease.

Chiropractic and homeopathic approaches, together, as systems that address underlying causes, represent the logical first choices in healthcare.

I urge you to support the rights of everyone to safe, natural healing methods. Please contact the organizations dedicated to protecting our rights to homeopathic medicine, such as the National Center for Homeopathy,[11] Americans for Homeopathy Choice,[12]and the American Institute of Homeopathy.[13] Contact your governmental representatives and even President Trump to make your support for homeopathy known, and that you oppose the FDA removing the CPG 400.400. Look into the Tenth Amendment Center to learn about other ways to nullify unconstitutional prohibitions on your rights to heal by natural means.

Together, chiropractors and homeopaths can show clinical results and compare them to allopathic drug protocols. We can then freely publish these results and let the people choose.

Standing together makes us all stronger. The power to heal is yours. 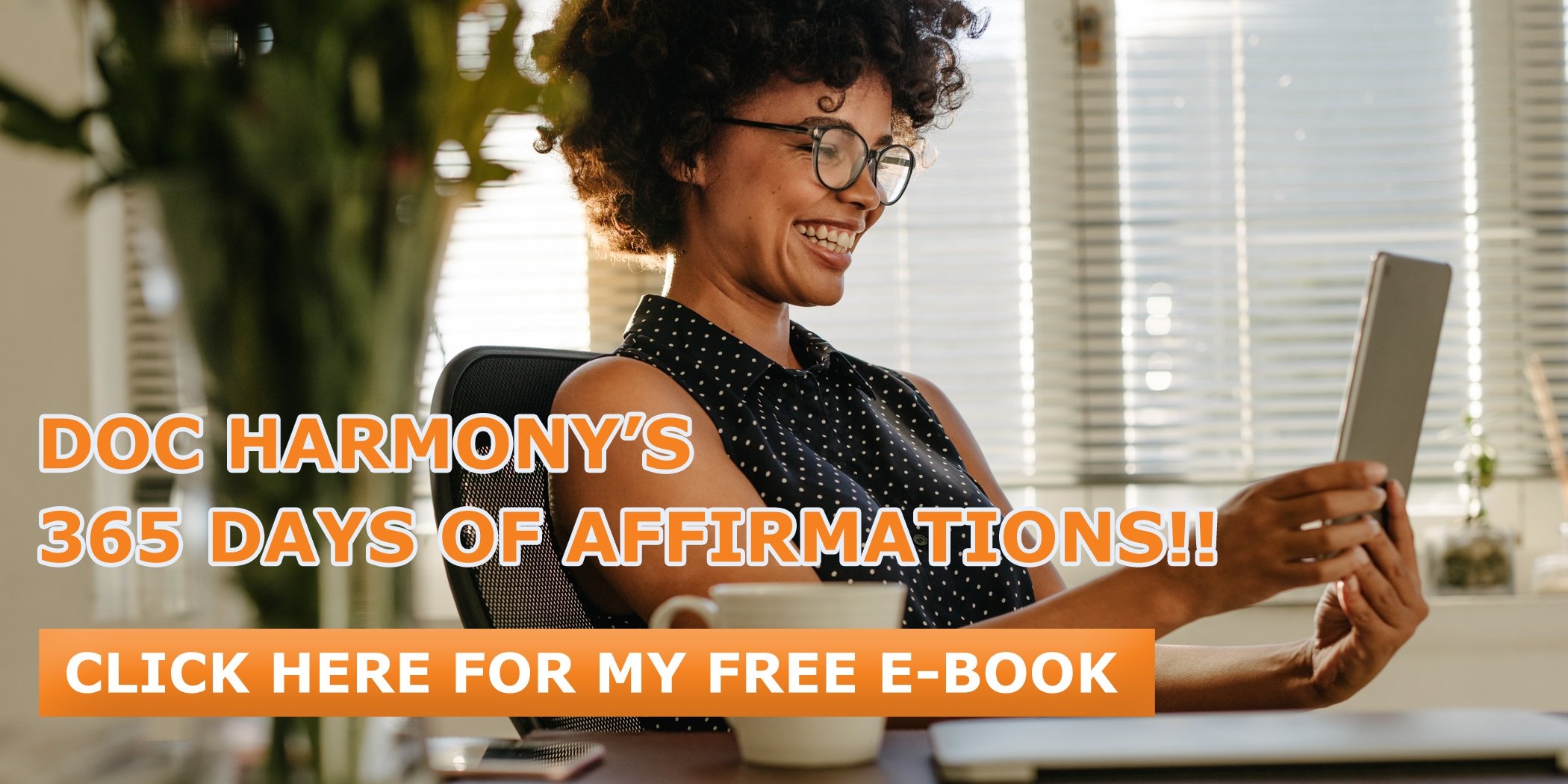 [10] Wiesenauer, 1999. Team tested a homeopathic combination medicine compared to Cromolyn sodium spray, one of the most popular over-the-counter conventional medicines. This randomized, double-blind study of 146 patients with hayfever for 42 days, four times a day per nostril. The researchers found that these two treatments were equally effective.